Ever since the launch of Berklee College of Music’s Valencia campus in 2012, there has been an institutional commitment to diversity and inclusion. Initially, the campus in Spain aligned its Diversity and Inclusion Strategy to the one developed at the HQ campus in Boston, but through the years, further consideration has been given to its different geographical location, the specific programs offered in terms of academic levels and length of the programs, its demography in terms of the cultural and ethnic backgrounds of students, faculty and staff at the Valencia campus, and the actual time that enrolled students spend there.

During the second academic year (2013-2014), female graduate students raised their concerns around the smaller proportion of female faculty and students on campus, and the impact this was having on the campus dynamics and overall learning environment. In an effort to overcome this reality, the campus’ leadership team, and the students themselves, initiated a coordinated and long-term commitment to host initiatives that brought female music industry professionals to the campus so as to better understand the challenges they face and the strategies they use to overcome them.

Since then, the main objectives have been to understand the intersectionality embedded in gender dynamics as it applies to the music industry, acknowledge the important work carried out by female leaders within the various professional fields; and ultimately widen the pool of references and mentorship / networking possibilities for students, so as to provide diverse narratives of today’s music industry.

Outlined below are some of the initiatives that have been hosted at Berklee’s Valencia campus. Some are student led – supported by the adjudication of diversity grants issued by the office of Student Affairs, Diversity and Inclusion – while the institution’s leadership team organizes others. All are aimed at engaging current students, external partners, and future Berklee applicants in acknowledging the aforementioned objectives.

A student-led initiative launched by two graduate students from the Music Production Technology and Innovation program and a graduate student from the Global Entertainment and Music Business program in academic year 2017-2018 saw a number of female tech specialists offering workshops and guidance on specific technology-related topics on campus. The objective was to break down the stereotypes around gender in the field of music technology, open safe spaces for young female and female-identifying students to practice their skills, and provide female references within the music tech industry to the student body as a whole.

This program evolved significantly during academic year 2018-2019 under the leadership of one of the founders, who also became the Diversity and Inclusion Fellow for our campus. She not only created a Femaletronica festival in celebration of International Women’s Day that featured a number female DJs within the campus (see Figure 1), but she also established a mentoring program between graduate and undergraduate students that focused on five different areas of music technology:

Twenty female undergraduate students benefited from the generosity of these five graduate students contributing to the efforts of engaging more female students in music technology fields. She Knows Tech has continued to grow in scope as well as dimension well beyond Berklee, becoming the main career focus for its leader and attracting the attention of sponsors, conferences and, of course, female-identifying music technology emerging professionals. The culmination of She Knows Tech’s latest project will be the upcoming SKT Summit 2021 (March 5-8, 2021). 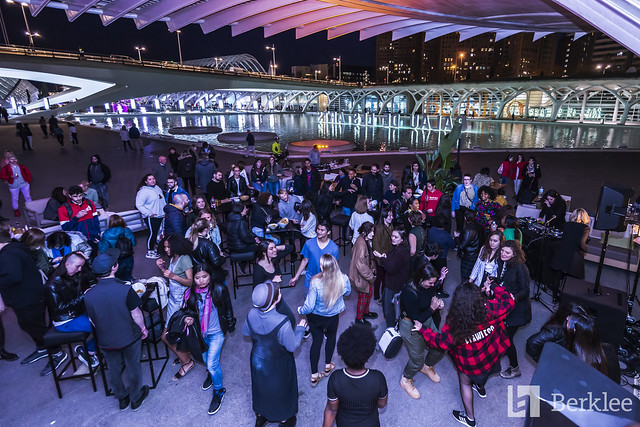 A collaboration between the non-profit organization Women in Music and Berklee emerged to organize a number of on and off-campus seminars, concerts and conversations to inspire action around Women in Music’s mission “to advance the awareness, equality, diversity, heritage, opportunities, and cultural aspects of women in the musical arts through education, support, empowerment, and recognition”. This initiative constituted the end-of-year thesis (Culminating Experience) of three graduate students of the Global Entertainment and Music Business program of the class of 2018, and three more of the class of 2019. These teams also produced two compilation albums in collaboration with student-led record label Disrupcion Record, the first one entitled “Sincerely, Women” and the second one “Women in Music”. In its first edition (2017-2018), this project constituted the first official collaboration with the Women in Music organization that welcomed a male contributor.

Shifting the Conversation: Towards Balance in Music

Berklee collaborated with UN’s Sustainable Development Goals Fund and held this event to reflect on gender inequalities persisting within the music industry with the intention of discussing potential ideas for change. An open debate was established with a powerful panel of industry professionals (Yvette Noel-Schure, Salomé Limón, Alf Olofson, Patricia Albednour and Pablo Munguía), moderated by the Director of the Sustainable Development Goals Fund HQ in New York, Paloma Durán. Some interesting ideas came out of this debate (see Figure 2) around the role of home, education and society as a whole, which provided the foundations for initiatives for academic year 2017-2018. 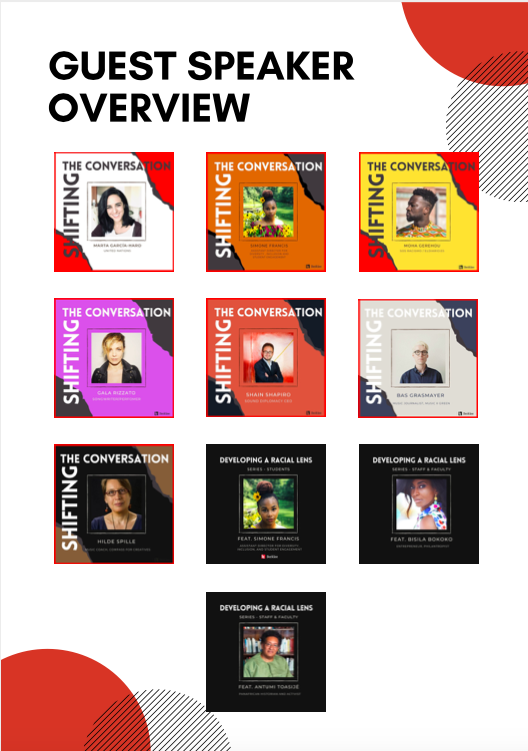 The Shifting the Conversation series continues taking place today at Berklee’s Valencia campus addressing social issues that include conversations around gendered power structures within the music industry among other topics.

This was a symposium that took place in February 2017 consisting of a  number of world renowned professionals aimed at speaking out against the unbalanced presence of women in the world of conducting. The panellists shared strategies and initiatives that could contribute to the elimination of the glass ceilings that exist on leadership positions in contemporary music spheres, from classical music to music direction, orchestration and film scoring.

Berklee collaborated with UN Women’s HeForShe campaign, a worldwide solidarity movement which seeks to engage men and boys as advocates and agents of change in favor of gender equality, to bring consciousness and awareness that gender equality is not only a women’s issue, but a human rights issue that needs to be addressed at all levels. As part of this collaboration, members of the Berklee community created a #BerkleeHeForShe photo booth and met regularly to discuss how men and women might experience gender equality differently. Berklee’s contribution to the HeForShe campaign culminated in the first edition of the Mediterranean Roots Festival (Festival Raíces del Mediterráneo) organized jointly by Berklee Mediterranean Music Institute and Berklee’s Valencia campus to celebrate the musical heritage of the Mediterranean area and its influences and fusions. A part of this two-day festival honored the HeforShe campaign in a concert featuring Mexican singer and UN Women spokesperson Magos Herrera.

Whereas it is still early to assess the direct impact of these initiatives on the final enrolment number of female or female-identifying students at the graduate level, it is true that qualitative data collected through the audition and interview process by the academic program directors consistently show that female candidates do value these opportunities when choosing to pursue a Berklee education at the graduate level in Valencia.

In addition to these efforts, Berklee Valencia’s enrolment team has also dedicated a number of resources to attracting more female students to the campus in Valencia, including:

Whether directly or indirectly, the sum of all these efforts since Autumn 2013 has produced a steady increase on the number of female applications, acceptances and enrollments at Berklee’s Valencia’s graduate programs. The small dip in the number of female applications, acceptances and enrolments in Autumn 2016 are due to unrelated factors, while we believe that the data for Autumn 2020 to represent a direct impact of the global Covid-19 pandemic:

(Applications and acceptances % not available for Fall 2019 and Fall 2020)

Also important is the role that female alumni from Berklee’s Valencia campus are playing after graduating from their graduate programs. The below alumni are contributing to the empowerment of younger female music professionals by mentoring current students at the Valencia campus through the Berklee Valencia Alumni Ambassador Program and leading, or actively participating in, initiatives within their communities:

This post has provided some insight into Berklee College of Music’s institutional commitment to diversity and inclusion in its Valencia campus and some of the steps taken to empower and engage female and female-identifying students in their chosen music careers. These steps continue to acknowledge the important work carried out by female leaders within the various professional fields, and ultimately widen the pool of references and mentorship / networking possibilities for students now and in the future.

This article is a part of the publication titled How are diverse cultures integrated in the education of musicians across Europe? Other chapters can be found here.

How are diverse cultures integrated in the education of musicians across Europe, admission, diversity, equality, gender

Unfolding the concept of the student as a researching artist 25/05/2022
Entrepreneurial Bootcamp at the Royal Conservatoire The Hague 3/03/2022
Traces, tracks - Thoughts on learning and teaching in future Higher Music Education 3/03/2022
Technology and Inclusivity in Music Education 10/01/2022
Share